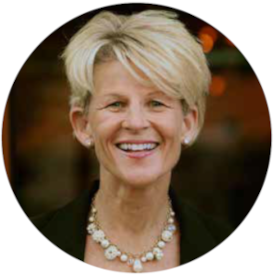 Sue Enquist is one of the most prominent athletes and coaches in NCAA womens’ softball history.  She has more national championship titles (11) than anyone in Division I Softball history, and has coached more Collegiate Softball Olympians (15) than anyone in NCAA Softball history.  During her career, she produced 65 All-Americans and 15 Olympians.  Sue has been inducted into six Halls of Fame, including UCLA, Women’s Sports Foundation, USA Softball Hall of Fame, and National Fastpitch Coaches Association.  She is also the recipient of multiple National Coach of the Year and Pac-10 Coach of the Year honors.

As a player, Sue held UCLA’s career batting title for over two decades, with a .401 average.  She was UCLA’s first All-American in softball, and was a member of the first UCLA softball national championship team.  She also played on the USA national softball team, earning a World Championship gold medal in 1978.

As an administrator, Sue co-developed the John Wooden Leadership Academy in the UCLA Athletics Department for student-athletes and coaches.  She was also a member of the inaugural 1993-96 USA softball national team staff, which prepared the team for Olympic gold in the Atlanta games.

Sue frequently serves as an expert witness in Title IX cases and is the recruiting education director for the National Collegiate Scouting Association.  She serves on several boards, including espnW, National Pro Fastpitch, the Women’s Coaches Alliance, Women in Sport & Events, and the Natasha Watley Foundation.

Sue Enquist grew up in San Clemente, California, and is a former professional surfer.  Currently, she lives in San Clemente, California, where she surfs daily and enjoys spending time with her family.  She owns two businesses, Sue Enquist Coaching, LLC and Championsfestival.com, which provide a leadership curriculum for corporations and educational institutions.  Sue has made presentations to the United States Olympic Committee, ESPN, espnW, the Los Angeles Dodgers, Toyota, Adidas, Wilson, Louisville Slugger, and many others.  She is also a consultant for multiple corporations regarding safety, design, and innovation in the sporting goods industry.