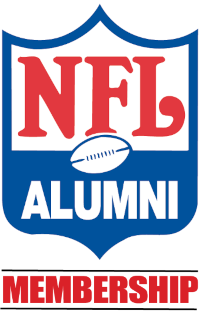 Bart was born and raised in Georgia and attended college at Brigham Young University (BYU), where he was a standout football player and student.  He earned his BS degree in accounting at BYU in 1985 and was inducted into the BYU Athletic Hall of Fame in 1992.

Bart initially played pro football in the USFL, then began his NFL career in 1985 at age 26.  He was part of three Super Bowl-winning teams, in 1987 and 1991 with the Giants and again in 1995 with the 49ers.  Bart was selected to five Pro Bowls and enjoyed an unusually durable career, starting 125 consecutive games during his time with the Giants.

After working for NBC television as a color analyst, Bart turned his attention to the work of the NFL Alumni Association and its primary missions of Caring for Our Own and Caring for Kids.  He eventually became president of the Association, a position he holds to this day.

Bart Oates is most proud of his work with the NFL Alumni Association.  We encourage everyone to check out the following links:

The Huddle Up: Let’s Talk Obesity PSA on YouTube: https://youtu.be/bhRKccwauWA