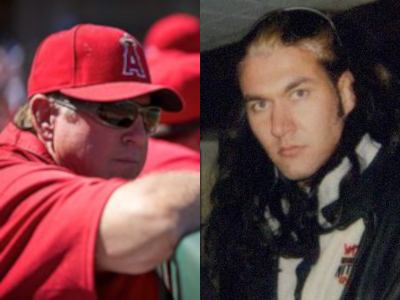 On this edition of the After the Glory Podcast, its creators and co-hosts, Gary Stern and Lucy Tseng reflect on four seasons of shows featuring elite athletes, those known throughout the world and those less known but no less accomplished in the sport that drew their passion and commitment.  Gary and Lucy talk about the dreams that elite athletes pursue, and, in so doing, include reflections from two elite athletes Gary caught up with while attending a recent baseball fantasy camp sponsored by the LADABC Ultimate Baseball Fantasy organization: Mickey Hatcher and Dale Torborg.

Michael “Mickey” Hatcher, now age 66, has played and then coached in Major League Baseball since 1979.  As a utility player, his positions ranged from outfield to third and first base through 1990 and was most memorable as the fun-loving leader of the “Stuntmen”, the bench players on the legendary 1988 Los Angeles Dodgers World Series Championship team.  A serious and passionate player between the lines, Mickey was best known for taking over for the injured Kirk Gibson in the 1988 World Series, where he proceeded to hit .368 with two home runs and five RBIs to help the Dodgers win the World Championship.  Mickey has never left the game, spending 12 years as the trusted bench coach to Mike Scioscia with the Los Angeles Angels.

Dale Torborg, now age 50, played college and minor league baseball.  He dreamed of playing first base for the New York Yankees, following in the footsteps of his hero, Don Mattingly, whom he got to know when his dad, former major league catcher and manager Jeff Torborg, was a coach for the Yankees from 1979 to 1988. Although Dale had all the tools, his dream was not realized.  He suffered two unfortunate injuries that led to the end of his baseball career: a major arm injury and a fastball to the face that broke a bone and caused permanent impairment to his depth perception.  As Dale struggled with his future, a chance meeting with Hulk Hogan and “Macho Man” Randy Savage changed his life.  These legendary pro wrestlers saw the next big star in the 6’7”, 275-pound Torborg.  That meeting led to Dale’s journey as an international and American professional wrestling icon, known as “The Demon.”