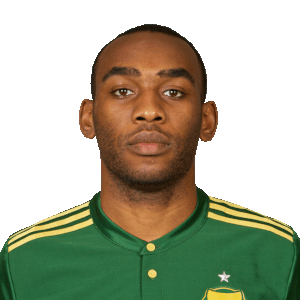 Amobi Okugo is a first-generation Nigerian American.  The oldest of four siblings, he was born in Hayward, California, and raised in Sacramento, California.  He played professional soccer from 2010 to 2021 after being drafted as part of the Major League Soccer Generation Adidas Class following his freshman year at UCLA.  Amobi was one of America’s greatest soccer players, having played the World’s sport for 12 years at the professional level, with over 200 games under his belt.  He was originally drafted with the sixth pick in the first round of the 2010 MLS Super Draft by the Philadelphia Union after a standout All-American season at UCLA.  As part of Major League Soccer, Amobi played for the Union, the Orlando City Soccer Club, teams in Kansas City and Portland, and finally with the Austin Texas club of the USL (United Soccer League).

Aside from soccer, his continued learning, and various entrepreneurial ventures, Amobi likes to fly his drone, host and moderate networking events and game nights, read, hang out with friends and family, critique tv shows/movies on a podcast he founded with his brother, all the while helping to grow his foundation, the OK U Go Foundation.  He has been recognized as part of the Class of 2021 of Forbes Magazine's “30 under 30.”  A Frugal Athlete is a popular and important website where Amobi and other professional athletes post blog articles and videos to help increase financial literacy and encourage prudent financial practices among their peers in professional sports as well as the general public at large.