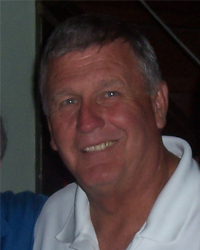 Thomas Edward John, Jr. made his major league baseball debut in September 1963 with the Cleveland Indians.  He went on to a remarkable and history-making 26-year career with a W-L record of 288-231; the third-most wins of any pitcher since 1900 not in the Baseball Hall of Fame (an oversight that still can and should be corrected by a special committee of the Hall of Fame).  He finished his baseball career with an ERA of 3.34 and 2,245 strikeouts.

As with so many elite athletes, Tommy was a multi-sport athlete in high school.  But early on, it was his devastating curveball that had scouts take notice; a curveball that would be his calling card for his entire major league career.  Tommy established himself as a major league starter in 1965.  In 1968, he finished fifth in the AL with a 1.98 ERA and was named to his first All-Star team.  He won 11 games in 1972 with the Dodgers, then led the NL in winning percentage over the next two seasons.

But in 1974, Tommy suffered a potentially career-ending injury when he tore the ulnar collateral ligament in his left elbow in a game against the Montreal Expos.  Dr. Frank Jobe, a world-renowned orthopedist with Kerlan-Jobe Medical Group in Los Angeles and the Dodgers’ team doctor, came up with a revolutionary ligament replacement surgery that not only revived a career for Tommy that would otherwise have been over, but a surgery that revolutionized sports and now bears Tommy’s name.  He missed the 1975 season recovering from surgery, but he became the first pitcher to successfully return to baseball following such surgery.  Tommy John surgery has since become a common procedure among baseball pitchers, with one out of seven MLB pitchers in 2012 having received it at some point during their careers.

Tommy posted 20-win seasons in 1979 and 1980 with the Yankees.  He was an All-Star in both of those years, as well as in 1978, his final year with the Dodgers.  He appeared in three World Series contests between the Dodgers and Yankees, his only World Series appearances.

He was traded to the California Angels in 1982, for whom he made two starts in the AL Championship Series.  Tommy remained with the team until 1985 when he was released, though he spent the second half of the season pitching for the Oakland Athletics.  Unsigned to begin 1986, it appeared that his career might be over, but injuries to Yankee pitchers prompted New York to re-sign him.  Tommy won 13 games for the Yankees in 1987, then became the oldest player in baseball in 1988 following Phil Niekro’s retirement.  In 1989, he tied the record for most seasons pitched (26, later broken by Nolan Ryan) before retiring.

From 1995 through 2009, Tommy was on the Hall of Fame ballot.  He never received more than 31.7% of the votes (75% is required for election) but remains eligible to be chosen by the Modern Era Subcommittee of the Veterans Committee.

Tommy served as a broadcaster for the Twins and Yankees in the 1990s, then managed in independent ball from 2007 through the first half of the 2009 season.  He has served as a motivational speaker since retiring.